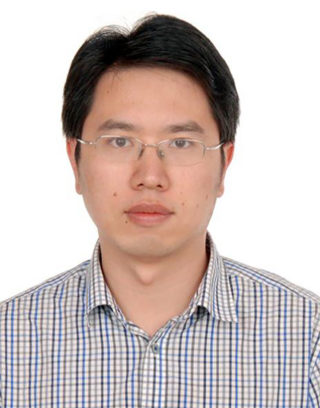 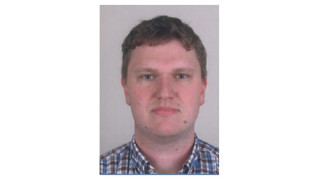 During the period Feb-Sept 2015, Niels Treffers of Delft University of Technology (DUT), the Netherlands, spend his MSc-thesis research period at CUT’s GNSS Research Centre. Niels’ GNSS research topic was ambiguity resolution enabled precise point positioning (PPP-RTK). More specifically it concerned the extensive testing of Curtin’s recently developed PPP-RTK User platform. For this work Niels developed an in-depth and broad ranging testing scheme, whereby use was made of data streams coming from large sets of globally distributed GNSS Continuously Operating Receiver Stations (CORS). Through the feedback of Niels’s research findings significant improvements could be made on the performance and practical handling of the user platform. 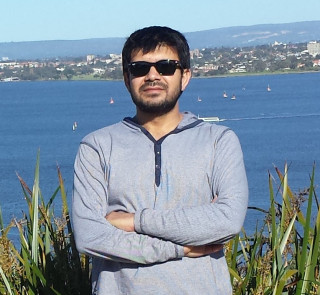 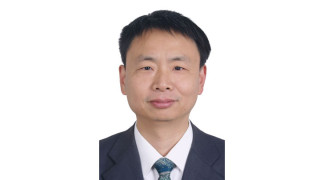 In the period from May 27, 2013 to May 28, 2014, Dr Jianfeng Guo has been a visiting researcher at the Curtin GNSS Research Centre. Dr Guo had his sabbatical leave from the Department of Geodesy of the Institute of Surveying and Mapping, Zhengzhou, China. During his stay Dr Guo worked on general aspects of GNSS Quality Control and more particularly on its multivariate formulations. 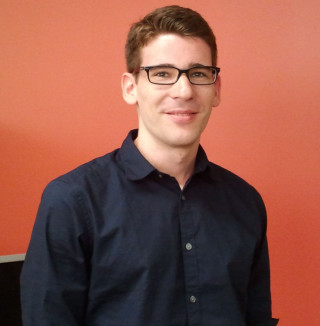 In March 2014, Mr Andreas Brack stayed at the Curtin GNSS Research Centre in the context of a Curtin-TUM ATN-DAAD collaborative research program. Andreas is PhD student at the Institute of Communication and Navigation, Technical University Munich (TUM). His research concentrates on the important problem of partial ambiguity resolution (PAR). Based on Teunissen’s theory of Integer Aperture Estimation (IAE), Andreas developed new PAR algorithms together with their probabilistic quality description. During his stay, Andreas made a start in developing more user-friendly ways of computing the user controlled fail-rates and their associated thresholds. He is currently testing their applicability for multi-GNSS applications. 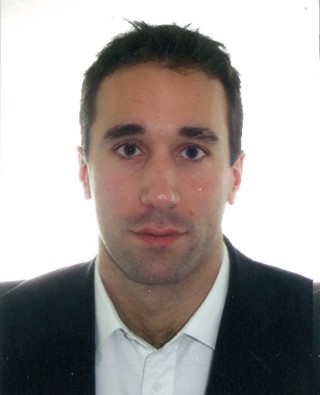 During the period Oct-Nov 2013, Dr Gabriele Giorgi of the Institute of Communication and Navigation, Technical University Munich (TUM), stayed at the Curtin GNSS Research Centre in the context of a Curtin-TUM ATN-DAAD collaborative research program. His research concentrated on precise GNSS attitude determination as well as on ionosphere gradient monitoring using terrestrial GNSS arrays. Several potential improvements for GNSS array attitude processing were identified. They will be tested in follow-on implementations in our continued collaborative GNSS research with TUM. 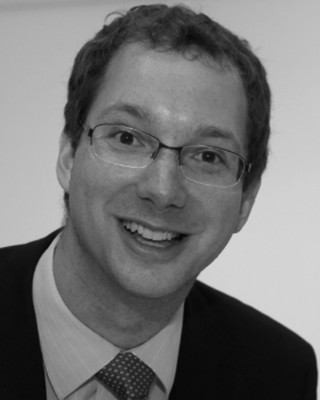 In the context of the Australian-German ATN-DAAD researcher exchange scheme, Dr Patrick Henkel visited the Curtin GNSS Research Centre in October 2013. During his stay several important topics in the field of fast carrier phase ambiguity resolution and precise point positioning were discussed. In particular a promising approach for integer ambiguity resolution based cycle slip detection was developed. Further implementation and testing of the method will be carried out by Dr Henkel using low-cost GNSS receivers. 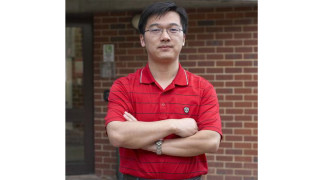 Bofeng has recently returned to China to take up a professorship at Tongji University, Shanghai, in the fields of Geodesy and GNSS positioning. During his three year stay at CUT’s GNSS Research Centre, Bofeng executed a very successful research program that also covered ‘GNSS Ambiguity Resolution’ in the context of the CRCSI’s Positioning Program. Bofeng worked on the Array-aided Precise Point Positioning (A-PPP) concept and also extended the LAMBDA software with new features. Together with A/Prof Dr Sandra Verhagen of Delft University of Technology (DUT), the Netherlands, he developed the Ps-LAMBDA software for general success-rate computation and evaluation of GNSS models (http://gnss.curtin.edu.au/). With Bofeng at Tongji University, the already excellent ties between our two institutes will be further enhanced. 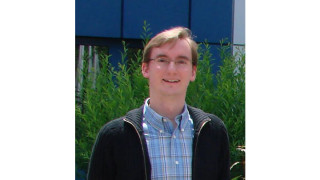 During the period Feb-April 2013, Dr Andre Hauschild of the German Aerospace Institute at Oberpfaffenhofen (DLR/GSOC) spend his sabbatical as a visiting research fellow at CUT’s GNSS Research Centre. With Andre’s stay the collaboration between our two institutes has been further deepened. Andre’s research program covered working on his well-known RETICLE software program and the development of real-time clock and orbit correction algorithms in the context of GNSS Precise Point Positioning enabled integer ambiguity resolution (PPP-RTK). 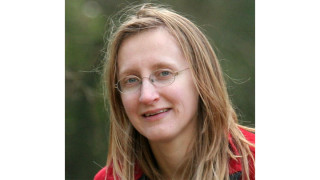 During the period Feb-August 2012, A/Prof Dr Sandra Verhagen of Delft University of Technology (DUT), the Netherlands, spend her sabbatical as a visiting research fellow at CUT’s GNSS Research Centre. Sandra’s research program covered ‘GNSS Ambiguity Resolution’ in the context of the CRCSI’s Positioning Program and ‘GNSS Formation Flying’ in the context of the ASRP’s Garada Research Program. Her research addressed important challenges that emerge when processing and analysing next generation multi-constellation, multi-frequency GNSS data for high precision positioning. This collaboration between DUT and CUT has been very successful and will be continued. 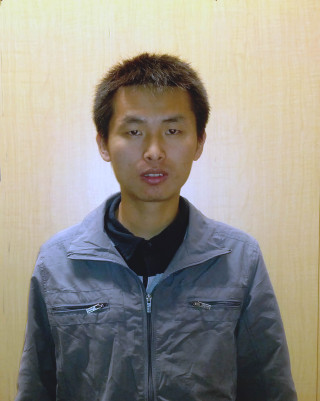 In April 2012 Lei Wang started as a Ph.D student on the CRCSI Positioning Project “New carrier phase processing strategies for achieving precise GNSS positioning in Australia”. His PhD research topic is Integer Ambiguity Validation and his supervisor is Prof. Yanming Feng of Queensland University of Technology, Brisbane. Lei Wang received his BSc degree from the School of Geodesy and Geomatics (SGG) in Wuhan University, China, in 2009. He was invited to Curtin (28 July to 3 August, 2012) for a kick-off meeting of his PhD-project and for further discussions on integer ambiguity validation. 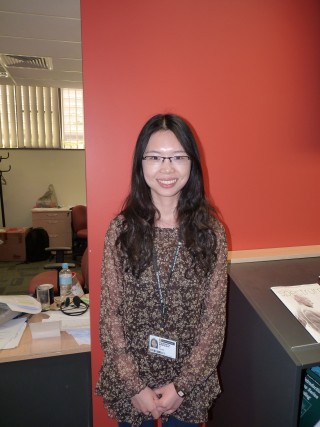 Wei Li is a PhD student from the Institute of Geodesy and Geodynamic of the Chinese Academy of Surveying and Mapping (CASM) in Beijing. Professor Pengfei Cheng of CASM is her supervisor. Wei Li has been working on the calibration and modelling of regional ionospheric delays with Precise Point Positioning (PPP) for single frequency users. She also worked on the precision analysis of Compass/Beidou measurement signals. At Curtin’s GNSS Research Centre she will continue her research work on multi-GNSS PPP. 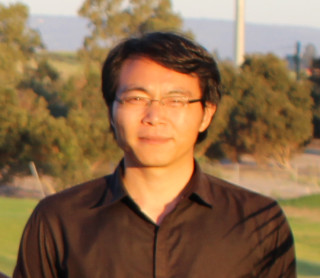 In February 2012 RMIT’s Dr Xingwang Yu started as Research Fellow on the CRCSI Positioning Project “New carrier phase processing strategies for achieving precise GNSS positioning in Australia”. His research topic is on the atmospheric strengthening of network models to improve network ambiguity resolution. One of its key challenges is to reduce the ambiguity resolution convergence time for the network solution, so that the network integer ambiguities can be resolved quickly and reliably. In order to reduce convergence times, the network models need to be strengthened. Dr Yu was invited to Curtin for a kick-off meeting of his project. During this inaugural meeting, Dr Yu gave a presentation on ambiguity resolution and Curtin project researchers gave an overview of the complete positioning project. 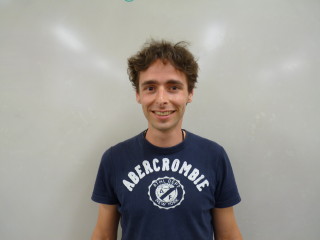 Matijs Heiligers is an MSc-student form the Delft University of Technology,The Netherlands, who worked in our group in the period Feb-April 2012. The goal of his internship project was to make a user interface available for testing the data quality of GNSS receivers. Based on the work of Sam van Herwaarden, Matijs developed and implemented such a web-based GNSS receiver test procedure. This is an important first step towards our capability of online receiver testing. Matijs will continue his MSc-thesis study in Delft on the topic of satellite formation flying. 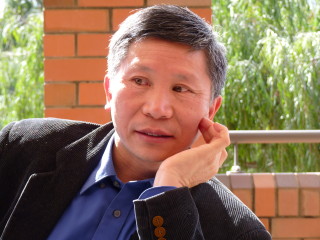 Congwei has recently returned to Tongji University, Shanghai, after a successful two-year research period (2009-2011) at the GNSS Research Centre. At Curtin he has been working on the various forms of Precise Point Positioning. Together with Lennard Huisman and Peter Teunissen he made an in-depth study of the quality and applicability of the Real-Time Broadcast Corrections for PPP in regional reference frames (RRF). For the Australian RRF (GDA94) this study was recently published in Journal of Applied Geodesy, 2012, 6(1), 15-23. 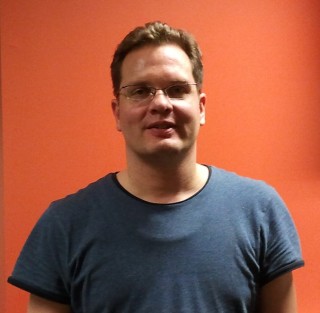 Peter Buist from the Delft University of Technology (DUT), the Netherlands, visited (4-7 Dec 2011) the Curtin GNSS Research Centre in the context of our ongoing research collaboration in the field of GNSS formation flying. Both DUT and CUT are partners in the Australian Space Research Program (ASRP) Garada formation flying project of UNSW. Peter collaborates closely with Curtin researchers in the development of GNSS relative navigation and attitude determination algorithms. 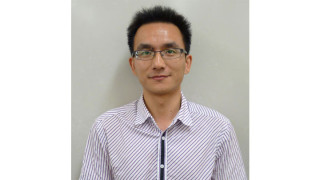 Baocheng Zhang is a PhD student from the Institute of Geodesy & Geophysics (IGG) of the Chinese Academy of Sciences (CAS). Professor Ou Jikun  of CAS is his supervisor. In the period Feb 2010 – Feb 2011, Baocheng Zhang worked at CUT’s GNSS Research Centre, where he collaborated with Prof Peter Teunissen and Dr Dennis Odijk on the topic of Real-Time Kinematic (RTK) Precise Point Positioning (PPP). Baocheng has returned to Wuhan (China), where he soon will finish his PhD thesis. 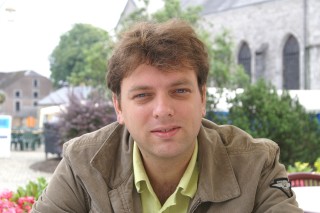 Roel van Bree of the Delft University of Technology (DUT), The Netherlands, was guest researcher at the GNSS Centre in the period Dec 15, 2010 – Jan 15, 2011. His topic of research was single-frequency precise point positioning (PPP). Together with Congwei Hu and Lennard Huisman, Roel worked on a new release of the SF-PPP software. Additionally he worked on the topic of PPP time-correlation. 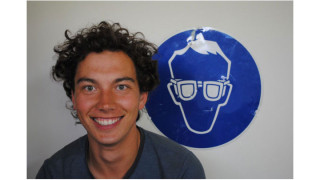 Sam van Herwaarden worked as a Lab Assistant in our group during his Working Holiday in Australia. Sam’s primary task was to develop an online processing facility that allows usage of our GNSS softwares via a web interface. He also created tools to automatically interpolate and visualise zenith tropospheric delay based on the APREF processing results. Sam’s work has proven to be very useful in our daily operations and will form the basis for the Curtin Online GNSS Data Processing Centre. 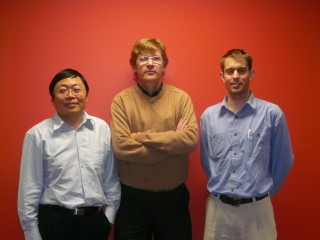 A/Professor Jinling Wang and Nathan Knight of the University of New South Wales, Sydney, visited CUT’s GNSS Centre on 13-14 May 2010. Prof. Wang gave a presentation on ‘Outlier Separability and its Application to GNSS Positioning’. This work builts on the Delft Theory of Reliability. Topics were identified for future collaboration and interesting discussions were held on the important topic of GNSS Quality Control. 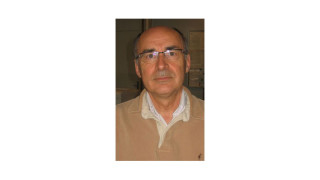 On 4-8 March 2010, Dr Andres Lannes (CERFACS, France) visited CUT’s GNSS Research Center to discuss GNSS network ambiguity resolution strategies. He presented his graph theoretical approach for GNSS network processing and a comparison was made with our undifferenced approach based on the theory of S-transformations. This has led to some interesting results for future collaboration.